HyperNoir
New ScaleNASA has unveiled a new instrument that can weigh distant exoplanets with three times the sensitivity of any existing equipment.The device, dubbed the NN-EXPLORE Exoplanet

NASA has unveiled a new instrument that can weigh distant exoplanets with three times the sensitivity of any existing equipment.

The device, dubbed the NN-EXPLORE Exoplanet Investigations with Doppler spectroscopy (NEID), is located at the Kitt Peak National Observatory, according to Digital Trends, where it can take precise measurements of an exoplanet’s mass — potentially assisting researchers with their hunt for other Earth-like worlds.

NEID doesn’t measure mass directly. Rather, it tracks how much an exoplanet’s gravitational force causes its host star to “wobble” while it orbits around.

A big wobble indicates that the exoplanet has a strong gravitational pull, which is directly correlated to having a large mass.

Because NEID is three times more sensitive than any other wobble-measuring instruments out there, according to Digital Trends, it stands to vastly improve our understanding of distant solar systems.

“When we combine future NEID observations with data from spacecraft, things will really get interesting, and we will be able to learn what planets are made of,” NEID researcher Jason Wright said in a press release. “We will know the planet’s density, which is a clue to understanding how much of an atmosphere the planet has; is it gaseous like Saturn, an ice giant like Neptune, rocky like Earth, or something in between — a super-Earth or sub-Neptune?”

More on space weights: A New Trick Lets Us Weigh The Galaxy. It’s The First Step Toward Figuring Out What It’s Made Of 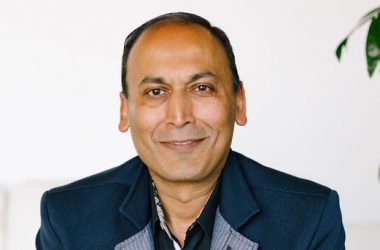