Contxto –  Argentina’s youngest unicorn, Auth0, has big plans for the future. Following its US$103 million Series E last May, now the company plans to double the size of its UK workforce. Even more, it hopes to increase both its sales and marketing efforts.

Just to freshen your memory, Auth0 is a scale-up from Argentina offering cybersecurity and authentication services. In other words, it offers “identity as a service” to partners. Funny how identity can be a service now, huh?

Anyways, the company is currently enjoying its fresh injection of capital that turned it into the mythical US$1 billion creature, a unicorn. With big money and even bigger plans, the scale-up is now in hunting mode. That’s to say, it’s looking to potentially acquire other companies with similar synergies.

“There are potential acquisitions that are within our industry,” said co-founder and CTO Matías Woloski to El Cronista.

Actually, it seems like Auth0 is already analyzing the purchase of another IP and mail security firm. With its bigger size, the company hopes to absorb and synchronize operations with similar ventures.

Currently hosting more than 480 employees worldwide, the scale-up wants to double its hiring efforts in its UK office by the end of 2019. This is especially due to its quick growth in EMEA (Europea, Middle East, African) markets.

Since its arrival to the UK, the company has been growing its partner network across both Europe and the Middle East. In fact, 55 enterprise customers have signed up, resulting in a total client portfolio of 220. Most of this growth is due to the regional companies’ tech-savviness.

“EMEA is hyper-aware of cybersecurity risks, and it’s vitally important we enable people to interact simply and securely with apps and services,” said Auth0’s general manager of EMEA, Steven Rees-Pullman.

Now, just as any good Silicon Valley startup would do, no matter how much capital it raises, it’s always hungry for more. For this reason, Auth0 isn’t discarding the idea of an IPO.

While Woloski wants to prepare in case this happens, he stresses that Auth0 doesn’t want to “generate expectations” in that regard. This makes sense especially considering his last words: “There are a bunch of variables that aren’t under our control.”

Already with five offices around the world, recently there were rumors about the company opening Singapour offices. For the time being, though, the founder has dismissed this.

“We’re not looking for new locations,” mentioned the CTO.

As of today, Auth0 currently operates in its native Buenos Aires, Sydney, Tokyo and London, with its main headquarters in Bellevue, Washington.

Expecting an overall 80 percent growth rate for 2019, the company wants to ensure that it grows each year. However, though growth is definitely crucial, it’s now reaching for those black numbers, too. For instance, it aims to break-even before its runway comes to an end.

Woloski says that efforts will go towards expanding sales and marketing in hopes of growing the business even further.

“The market is big and continues expanding itself,” he said, who says the industry is already starting to eliminate passwords and replace them with biometric data. Also, Auth0 will continue to work in diversifying its portfolio.

“We will continue looking to add different sectors within the portfolio,” said Woloski, who is especially interested in attracting more corporate partners such as Bluetooth, Mozilla, Dow Jones, among others.

Contxto – January 2020 was not friendly towards massive growth startups, as Glovo recently learned.  Near the end…
HyperNoir
Leer más 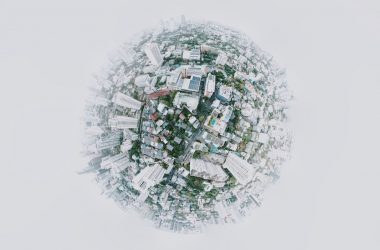 Jordi Greenham: Here’s how your startup can succeed with international teams

Contxto – After four years of exciting operations, Rockstart Colombia has recently announced its third edition with a…
HyperNoir
Leer más