Contxto – Save the date female founders of Latam! On June 18, Women’s Startup Lab (WSLab), an accelerator from Silicon Valley, will be holding its “Women’s International Showcase of Entrepreneurs” (WiSE24) event.

Throughout a 24-hour livestream, 50 early-stage female founders from São Paulo and other parts of the globe will pitch their startup projects to a panel of judges. It will also provide digital networking opportunities.

Pandemic or not, these online events are a great opportunity to learn something new and propel female entrepreneurs to scale.

“WiSE24 2020 is an incredible event that allows founders to have access to a powerful network of global contacts, and this networking is usually decisive for the success of a business,” noted Juliane Martins, an Investment Analyst at São Paulo-based IndicatorCapital.

If you want to sign up, check out this page.

Snapshot of female founders in Brazil

In Brazil, there’s been progress though there’s still more to be done.

First, let’s look at the upside.

According to sources at StartSe, in 2013, only 12 percent of startups enrolled in InovAtiva’s large-scale accelerator program had women at the helm. Though, by 2019, it had risen to 49 percent.

Likewise, there are a few important startups from Brazil with women in charge. For example, unicorn Nubank was co-founded by Cristina Junqueira. HR startup Gupy, who recently raised US$6.8 million was co-founded by Mariana Ramos and she’s also its current CEO.

There are also Brazilian women in key organizations. Silicon Valley’s 500 Startups has Bedy Yang as a Managing Partner.

Nonetheless, according to the Brazilian Startup Association (ABStartups), only 16 percent of startups in the country are led by women.

Conscious efforts are still needed to help these entrepreneurs scale. Ways of doing so include the launch of exclusive funds and programs for female founders. Likewise, a larger presence of women in VC is critical.

Contxto – No neighborhood in Latin America is complete without at least one corner store. Or tienditas, as…
HyperNoir
Leer más 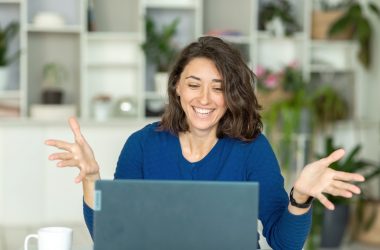 Thanks to the platform's technology, it is now possible for companies to have ad hoc candidates for each position, saving time, costs, and bad experiences.
Sandra Perez
Leer más

Contxto – SoftBank is raising its stake in the tourism and hospitality industry of Latin America.  Last Friday…
HyperNoir
Leer más