Jared Tame
As you sit there in your computer lab, procrastinating the homework that’s due in a couple of hours, I wanted to remind you that you’ll soon be getting a boring job. Are you absolutely certain you want to do that?

This message to be read in Stephen Colbert’s voice

As you sit there in your computer lab, procrastinating the homework that’s due in a couple of hours, I wanted to remind you that you’ll soon be getting a boring job. Are you absolutely certain you want to do that? I don’t think you do. (Obi-Wan hand wave)

You can meet a bunch of people, like you, who thought school and homework was pretty boring. This includes your ultimate leader, unruly dictator, unwavering captain, superior pimp, merciful god, unforgiving kingpin: Alexis Ohanian. You know, the guy who started reddit, the reason your GPA nearly qualifies you for academic probation, the reason that homework isn’t actually going to be turned in but will probably be copied from your friend sitting next to you. You see? Your GPA will be fine. But you’ve still got that job problem on your hands. You don’t actually want to get that.

Awesome segue into sales message. You should be reading better material than the stuff they’re teaching you in class. Algorithms, runtimes and data structures? Come on, you know that Bogo sort is superior to all. Constant runtime is 2001, we’re talking infinite runtime. Infinite possibilities, like Zombo.com. Google interviews next week? Call the recruiter back and tell them they can send their resume to you in 5 years!

So what’s this all about?

I have spent some time talking to founders of very successful startups. One of the startups I had interviewed, for example, was just acquired for $35 million a few days ago. What are they doing with $35 million? Probably more than two chicks at the same time, man.

I wanted to talk to you about a book I’ve written and it’s called Startups Open Sourced. You see, I believe that computer science students, in particular, are at a terrific advantage right now. They just don’t know it. There’s this guy whose name is Paul Graham and he once said, “There are all these great programmers out there who think starting a startup requires esoteric business knowledge.” What he was saying is: you have a lot more power than you give yourself credit for.

I understand that a lot of students want to graduate, get a job, and live comfortably. There’s nothing wrong with that, nothing at all. But I wrote this book for the student who had this weird feeling in the back of their mind. Maybe there’s something else that you want to do–something bigger. If you have that feeling, I would encourage you to read this book. You’ll realize that most of the people in it–including the reddit cofounder–started out just like you. In fact, 25% of the founders from this book (I interviewed 33 startups total) had no idea they were going to do a startup. Many of them just wanted to be physicists and researchers for the rest of their life. And then they got offers from Microsoft, turned them down, and created companies like GitHub.

I think there’s something interesting there. If you’ve got that feeling, don’t ignore it. You’re in a really good position, and I think this book will help you understand that you’ve got more options when graduation comes, if you want it. Of course doing a startup isn’t easy–if it were, I think we’d all be millionaires. The challenging part isn’t having esoteric business knowledge–as Paul says–it’s knowing in advance how difficult it will be, what kinds of challenges you’ll face, how to deal with those challenges, and of course knowing how much of a blast it will be. Not a single founder interviewed regretted going down this path. But I would worry that later in life, I’d regret not going down this path.

– Read my announcement page to understand what this book is about, what’s in it, and the reviews it has received so far.

– Read the about page to see that I have some startup experience, and I’m in the same position as you are, as a student. I had that same feeling, and once I started paying more attention, countless doors opened for me.

– Look at the founders page and see the caliber of entrepreneurs I’m speaking to. Notice that Alexis Ohanian is on there, and I’ve seen all of Alexis’ interviews. This interview goes into more detail and is much more candid than any interview I’ve seen of him elsewhere. When founders talk to someone like TechCrunch or New York Times, they know it’s going to be read by a lot of people, and they tend to be more conservative. They’re out talking to the media because they need user growth. The stories aren’t about the founders, it’s about their companies. You usually wind up with a sales pitch. As I like to say: one of the best parts of Y Combinator was listening to guest speakers give talks off-the-record, so they divulged everything. I told founders that this book wasn’t going reach many people besides students (which is actually true), so I believe that caused them to be far more open. I’ve never read more candid interviews anywhere else than in this book. I think the last time I read something with this much swearing was when I was reading Catcher in the Rye.

– If you’re convinced that this book is for you, I want to give you a discount because I was that student who pirated Photoshop until I could afford to pay for the software license. I told the people promoting the book I wouldn’t give a discount to anyone greater than 25% (with the exception of AppSumo because I know Noah personally, and they will probably drive high volume) but I want to give you half off. This book normally sells for $20, and I have every intention to leave that price as it is for a while because I believe in the content (you can attend a conference and not take much away from it for much more than $20). Here’s a link to buy the e-book, and you can use the coupon .

I personally think these interviews are great and this is the book I would have wanted to read while I started my last company (and I’ll read it as I start my next company next month), but if you don’t like them and you don’t walk away feeling inspired by reading this, then nobody has benefited and you deserve your money back. If that happens, please let me know and I’ll send you 120% of the purchase price up to 120 days after you make your original purchase.

Oh and by the way, I wrote this while I was in a computer lab doing some homework that’s due in a couple hours. And my buddy is sitting next to me, and he’s in the same class. But that’s not important, so here’s a picture of Steve Jobs riding an iPad. 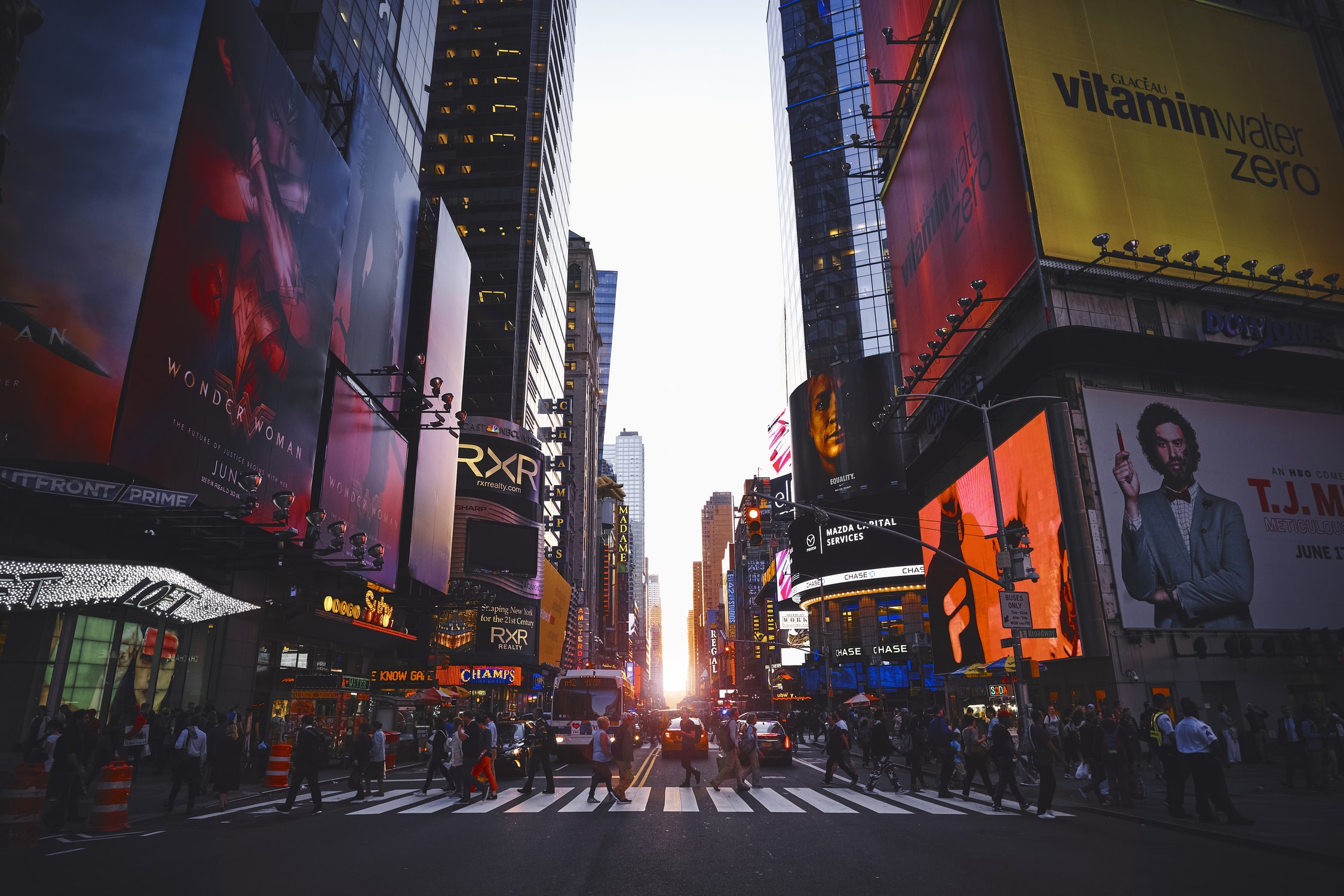 For years, international founders invested heavily in U.S. expansion. Now, New York, one of their top destinations, has been hit hard in the pandemic. How is the city’s global startup ecosystem dealing with the challenges?
Victoria Zavyalova

Many horror stories have recently come out about layoffs in the startup world, in both the U.S. and  Europe. From Bird and Eventbrite to Yelp
Tatiana Vazquez

Arturo Sanchez and his co-founders have spent the last two years developing the telemedicine and insurance platform, Sofia,…
HyperNoir