Jared Tame
0
0
0
Often, when we’d go pitch a potential investor, they’d offer us a bottle of water or something, and we’d always accept the water and then use it as a prop because when we’d say “yeah, we want to compete with
Total
0
Shares
0
0
0

Often, when we’d go pitch a potential investor, they’d offer us a bottle of water or something, and we’d always accept the water and then use it as a prop because when we’d say “yeah, we want to compete with piracy” we would always get laughed at and told “okay, well it’s impossible to compete with piracy, everybody has tried this, you can’t compete with free”. That comment always opened the door for us, we’d say, “Well, what about this bottle of water right here, did you pay for it? Why did you pay for it? You can turn on a tap and get it free”, and I really love that example, because value is a funny thing.
Josh Greenberg, Grooveshark

Steve Huffman is the kind of guy that always gets stuff done at the last minute and still does great on it, but he was certainly not obsessing in the library like I was. Eventually, I somehow convinced him that it would be a good idea to live a near poverty, college-style existence for some indefinite period of time, with the hope that one day we could have a successful exit or at least a successful company.
Alexis Ohanian, Reddit/Hipmunk

48 hours before demo day, I was without a cofounder and I went to brainstorm ideas with PG. After that I left to build a completely new product. Funny enough, some investors emailed me right after my pitch on demo day and the DNS was so fresh that it bounced their e-mails back. So I actually missed the earliest e-mails!
Dan Gross, Greplin

Microsoft was offering me $300,000 over the course of three years, as a retention bonus, to stay there in addition to a pretty decent salary. Do I go and take a bunch of Microsoft stock and a bunch of money over the next three years and a good salary to work at Microsoft doing stuff that I don’t really care about that much, or do I quit and take the big risk to do GitHub which is making some money?
Tom Preston-Werner, GitHub

We were probably a week from just dying, thinking “Oh guess we’re going to go back to school.” I was like, “Tim, if you ever want to build anything, build it now. We might not be alive in the next month, so just build it now.” And we actually ended up raising from Max Levchin and Michael Birch at the last second, and that saved us.
Suhail Doshi, MixPanel

I studied the market relentlessly to try and figure out an algorithm to gain money back; I got back up to $10,000 within the year so finally, I could tell my dad, “yeah, we’re at $11,000, we’re good, we have a 10% return so far.” So, I didn’t tell them that I actually lost most of it, initially, but that experience ended up teaching me so much that I actually took the $10K to about $200,000, over the next couple of years.
Evan Reas, LikeALittle

The biggest thing I would say is: don’t worry about failing, it’s okay to fail. I think a lot of people still live their lives in this constant grip that failure has. There’s this fear that most people have and they don’t realize they have it, about failing; about disappointing people or not achieving what they want to achieve.
Dave Paola, Djangy

I can’t imagine sitting in a room and coming up with 15 ideas of what could be a profitable business. That’s not the way that we think about it.
Dennis Crowley, Foursquare

The key element for me was really moving to Silicon Valley. I can’t stress enough what a change that was.
Jake Klamka, Noteleaf

At the time you could go through YC as an early employee to the Tuesday dinners, and I met a lot of the founders. I think that gave me a sense of what it was all about, what a lot of people are like and the traits and attributes that you need to have in order to make it in the startup world.
Wil Chung, Noteleaf

The first version of Groupon was a WordPress blog; you don’t need to be a super hacker to make that happen. You can start a business online with very limited knowledge, you just have to approach it scientifically and really discover what people want by iteration.
Justin Kan, Justin.TV

The absolute best way to really get to know a person and what they really like and are interested in is to go drink with them. If they are interested in technology, then they will have no problem geeking out with you about Ruby or Node or something for three hours, over drinks; that’s when you know that you found someone that could be a really successful cofounder.
Tom Preston-Werner, GitHub

The measure of success and failure for a college student is completely different from someone who has actually run a business before. If it’s your first venture, just making twenty bucks is a success. When it happened to me, the whole day I was jumping up and down. I’ll never forget that day, it was crazy.
John Devor, Little App Factory

If tomorrow, every record label and every large technology company all partnered up and launched a service that they’ve secretly been developing for ten years, that is Grooveshark but a thousand times better, and for whatever reason we couldn’t compete with it, we would turn on a dime. We’d have a meeting tomorrow and we would both come in together and we’d say, “okay, the bad news is this business model isn’t sustainable. The good news is we’re all still here, so what are we doing now?” and that would really be it.
Josh Greenberg, Grooveshark

It seems that the attitude of sleeping on a futon that you bought for $40 on Craigslist, in some bullshit apartment you found in Mountain View, and hacking in a coffee shop because you don’t have an office, encourages great things to happen. I worry that as you get more comfortable, it gets more difficult to recreate that environment.
Dan Gross, Greplin

When Sam and I started working on Octopart, we knew how to write programs that worked but we didn’t have any experience with basic web technologies like web servers, databases, http, html. We had never set up a web page and I hadn’t ever heard of MySQL. That’s actually what made things so exciting in the first few months.
Andres Morey, Octopart

When we launched at South by Southwest in March 2008, I think we only had two people book rooms and I was one of the two people. So it was cool but we realized that we had a lot of work to do.
Brian Chesky, Airbnb

My 2 cofounders and I came back to Palo Alto, lived together in a one-bedroom apartment with no furniture, slept on the floor, subsisted off of rice, and tried a bunch of stuff until we caught something that worked.
Evan Reas, LikeALittle

On the day of the interview, Jessica came out to let me know they’d be ready for me in two minutes and suddenly the speakers on my laptop died. I started to panic, but there wasn’t really anything I could do. My ThinkPad used to take 10 minutes to restart and by that time the interview would be over, so I had to wing it.
James Fong, Listia

I lose sleep every day over Gobble and that’s a founder’s job: to carry that worry so nobody else has to. It’s no surprise that founders get gray hair before everybody else—every time I get that email about a new competitor my blood starts boiling. That said, you should never underestimate any one of your competitors but that’s just one example of what makes you worry and want to run even faster.
Ooshma Garg, Gobble

You see too many people that spend three or four months working on a product, launch it, and shut it down a month later, when the problem is just that it hasn’t had enough time to reach people; to get that awareness out. So that’s definitely something to think about.
David Rusenko, Weebly

There are so many ways a startup can fail due to misalignment between the founders; it could be something as simple as level of commitment, right? If one person wants to build the next Google and the other wants to get to a million dollars as quickly as possible, you are in for a world of hurt when your company’s worth “enough” so that person can get two million dollars—that happens all the time.
Jake Mintz, Bump

I remember one example from YC: Max Levchin from PayPal and he told real horror stories from when PayPal was being built. These stories made it clear that successful founders aren’t perfect; they made mistakes but recovered from them. It’s about not giving up, not about being perfect. You learn that in order to be successful you can’t be afraid of making mistakes; you have to make a lot of mistakes and you have to fail a lot to find the right thing.
Jake Mintz, Bump

I would say that the most impressive thing I was able to get from people was the delta between things because I think in their minds they thought, “Okay, he did this in 24 hours. What does he do in a year?” That was probably the most important lesson I learned.
Dan Gross, Greplin

So I think the biggest problem is making excuses. These wantrepreneurs spend 80% of their time reading Hacker News and Lean Startup stuff and I think there’s good nuggets in there but if you spend 80% of your time trying to make something or learning to code or learning to write or working on your ideas, you’ll get a lot more fulfillment and a lot more learning through that experience.
Noah Kagan, AppSumo

We actually delivered the wrong number of meals to one place and I even spilled a meal on myself when I was walking across the street. What do you do when you’re delivering food to a venture capital firm and some parts of those meals are missing?
Ooshma Garg, Gobble

We got a lot of advice from people saying building a small business is just as hard as building a big business and so if you’re going to do one or the other you might as well build the big business.
Ashvin Kumar, Blippy 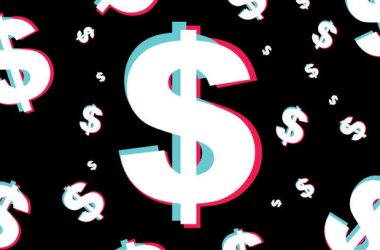